The Best Nutrition Tips To Manage Depression After Brain Injury 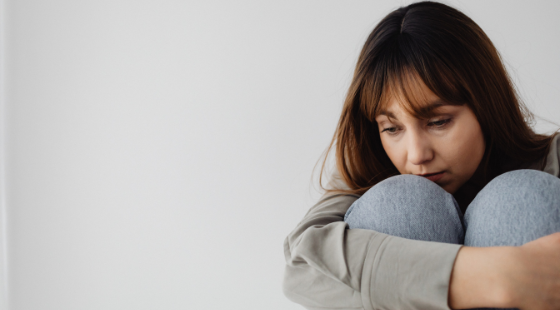 After sustaining a brain injury there is a variety of symptoms and issues a person must face – not only the challenges of headaches, dizziness, mental fatigue and cognitive problems, but also mental health issues as well.

The mechanisms of action for the correlation between brain injury and mental health challenges are not clearly understood. That said, one significant factor is the life adjustment, which includes not being able to do the same things as they did before, taking extra-ordinary time and effort to complete tasks that were easy to do before their injury, and changes to relationships and roles in their life. In addition, there are changes in brain chemistry following a brain injury that can also predispose someone to depression.

So, what can we do to help avoid or manage depression after someone has sustained a brain injury?

Nutrition can play an important role. Research has shown that poor mental health is linked to poor diet quality. People who ate more unhealthy food were more likely to report psychological distress compared with people who ate a healthy diet. In fact, research by Jim E. Banta, Ph.D., et. al (2019) showed that eating fried foods or foods containing too much sugar and processed grains is linked to depression. Unfortunately, following a brain injury it is these quick and easy processed foods that often people gravitate to.

Below we’ll share our best nutrition tips to help avoid or manage depression after brain injury:

The World Journal of Psychiatry in 2018 completed a comprehensive analysis of foods and their impact on mood and depression. They assigned a score to the food based on the nutrients that they contain that help play a role in preventing and promoting the recovery of depression.

Their results showed that the best animal food sources for depression were:

They identified that the top 5 plant foods for fighting depression were:

The Best Food to Avoid

Although this seems like a no brainer (no pun intended), sugar is extremely detrimental to brain health and mood.

Sugar is inflammatory to the body and brain and can be toxic to brain cells in large doses, which can negatively impact neurological health. This, in turn, can impact our mood causing depression, anxiety and unrest. So, avoiding sugar is advised.

However, this can be tough for a lot of people because the brain requires higher amounts of glucose (energy) following a brain injury, and because sugar is hidden in so many foods. With cognitive and physical fatigue following an injury, we can’t help but gravitate to sugar and sugar-laden products.

There is a whole host of issues and problems that sugar contributes to in the body but one of them (if consumed in high amounts) is the increase in a process called glycation. Glycation is the process when sugars attach to proteins creating advanced glycation end products otherwise called AGE’s. The problem with AGE’s is that they interfere with nerve cell communication and disrupt the mitochondria in the cell (battery/energy). In the Brain Research Review 2003, it reported that glycation is a slow process that advances over time, but it catches up with us as we age and especially if we have genetic susceptibilities.

Glycation also contributes to production of free radicals or oxidative stress, inflammation, and nerve toxins. These are all issues that an injured brain is already dealing with so adding AGE’s to the mix with increased sugar intake only compounds this even more. This will contribute to not only depression, but mood swings, anxiety, and irritability. It is best to avoid foods such as cookies, candy, ice cream, pop, and baked goods.

AGE’s is not just formed by increase sugar intake but also by the way we cook the food. So, we can reduce our AGE’s and subsequent inflammation and free radicals by incorporating better cooking methods when preparing our meals.

The best cooking methods for brain and overall health is to cook with water. For example:

The reason why these are the best methods is that presence of moisture helps keep AGE’s formed in cooking to a minimum. The worst cooking methods is cooking without water so using the BBQ, oven, and deep frying foods will help to generate a lot more AGE’s.

There are so many diets out in the world today, commercial-based diets like weightwatchers, cultural diets, the latest fad weight loss diets such as keto, and so on. It is overwhelming and confusing. But, one diet that has truly stood the test of time, can easily be incorporated into a person’s life, and has a ton of research to back it up – is the Mediterranean diet.

In the Journal of BMC Medicine 2017 a study was completed with individuals that were diagnosed with mild to severe depression. It found those that who were coached and followed the Mediterranean diet for 12 weeks experienced significant improvements in mood compared to those who received social support but not dietary advice. At the end of the study 30% of the participants no longer experienced depression compared to only 8% that just received the social support.

The reason why the Mediterranean diet has been rated the #1 diet multiple years in a row is due to a number of factors. The Mediterranean diet is based on whole foods and contains a high fat content due to the inclusion of fish, olives and olive oil, Greek yoghurt, and feta cheese.  Our brain loves and needs fats so this is crucial for healthy brain function and mood. It also contains tons of fresh fruits, vegetables, and whole grains; but none of the sugar, refined grains, and processed foods. It is an easy diet to stick to, in part because you likely won’t feel hungry (because of the high fat content which supports satiety) and because you are getting a full spectrum of nutrients.

Depression is a common problem among individuals that have sustained a brain injury. By avoiding sugar, implementing the Mediterranean diet, cooking your food in the presence of water, and consuming a variety of dark leafy greens, organ meats and seafood you will be well on your way to supporting a happier and healthier brain.