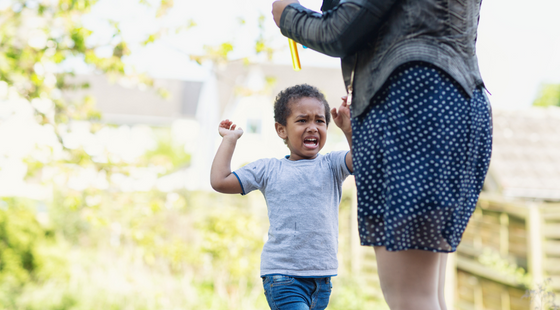 In this day in age, the prevalence of behavioral and mood problems in children have come an all-time high.

Numerous factors may contribute to a particular child’s struggles with anger, irritability, or aggression (behavior that can cause harm to oneself or another). One common trigger is frustration when a child cannot get what he or she wants, or is asked to do something that he or she might not feel like doing. For children, anger issues often accompany other neurological or mental health conditions including Autism, obsessive-compulsive disorder, and Tourette’s syndrome. Frequent angry outbursts and aggressive behaviors can interfere with family life, with a child’s ability to make friends, and may negatively impact school performance.

With aggressive and problematic behaviors and outbursts parents can become desperate and may look to physicians for medication to help control these. But by exploring other options such as nutrition, specific diets and supplementation first you may potentially help to avoid the need for medications and the adverse side effects that go along with this. This is not to imply that medications should be avoided as you need to do what’s best for your child, but it is important to explore all avenues and find out what works best.

Below, we review our top 4 nutrition strategies to explore in an attempt to significantly improve – or even resolve – your child’s aggressive or defiant behavior.

Food reactions, including allergies, intolerances, and sensitivities can be a contributory factor to aggressive and defiant behaviors. Although gluten and casein are two commonly discussed food-based triggers (especially with kids on the spectrum), an individual can be reactive to any food.

Blood work is one way to explore food allergies and sensitives, however, a food elimination diet is still considered the gold standard in determining a food reaction.

An important nutritional starting point for any child with Autism or ADD/ADHD is implementing a gluten and dairy-free diet. There must  be 100% compliance with this approach as it only takes a microscopic amounts of gluten or casein to cause a reaction in sensitized individuals.

To reduce feelings of overwhelm some individuals opt to explore eliminating one of the food groups first and then the other. With removal of the dairy protein casein, you can start to see results in behaviors within 1-3 weeks (providing that casein is an issue), and with gluten changes may be seen within 1-3 months (if gluten is an issue). It is important to track behaviors before removal of any foods, during elimination, and after reintroduction (if reintroduction is attempted). Research shows that parents noticed 55% improvements in behavior in their children who are autistic with removing one of the food groups, and 69% improvement with removing both gluten and casein simultaneously.

Another way to help determine if your child has a food intolerance is to identify what your child is addicted to or constantly craves. Children tend to be addicted to the foods that they have food reactions to because it creates an opioid-like response in their brain. With this natural high that they receive with a food addiction a child may tend to have a high pain tolerance level (due to the opioid-like response in the brain dampening pain experiences), inattention and spacey behavior, as well as aggression (to self and others), poor eye contact, as well as mood changes such as anxiety, depression and irritability.

Working with a health professional like a naturopathic doctor or nutritionist can be beneficial to help navigate the identification of potential food allergens, food intolerances, or food sensitivities as well as to assist with the implementation and tracking required during a therapeutic food elimination diet.

Sugar is hidden almost everywhere, disguised under many other names, and can even be found in many savory foods. Ketchup, crackers, pasta sauces, deli meat, and even peanut butter frequently contain large amounts of added sugar, and this is just to name a few. Sugar is significantly linked with aggressive behaviors and can cause a rapid rise of adrenaline, hyperactivity, anxiety, difficulty concentrating, and moodiness in children (1). In juvenile rehabilitation camps, when children were put on a low sugar diet, there was a whopping 44% drop in antisocial behaviour (2).

When you think of a daily standard western diet for children it can often begin with sugar-loaded cereals (often marketed as “healthy”) for breakfast; lunch meats, crackers, and treats in their school lunches; packaged after-school snacks like granola bars, fruit gummies, or cookies; packaged “kids foods” like chicken nuggets or macaroni and cheese for dinner; and then often ending the day with dessert. But, the majority of sugar is often consumed in sweetened beverages such as juice, pop, energy drinks, electrolyte drinks, and chocolate milk.

Not only does sugar consumption led to blood sugar imbalances that can result in negative behaviours, but it also impacts nutrient levels in the body. Sugar upsets many mineral relationships in the body including; causing chromium and copper deficiencies and interfering with absorption of calcium and magnesium, which are key minerals that help to calm the nervous system and reduce the stress and anxiety that may contribute to outbursts. (3)

For better sugar options check out our article on the best sugars to use.

Foods high in amines that could be contributing to defiant behaviors include banana; yellow, aged, or blue cheese; chocolate/cocoa; fermented foods such as yoghurt, kefir, sauerkraut, tempeh, or soy sauce; bone broths; and meat or aged meat.

Foods high in glutamates that could be contributing to aggression and rage include foods that contain MSG or autolyzed yeast; soy sauce; parmesan cheese; marmite/vegemite; sauerkraut; bone broths, gelatin; and peas, corn and tomatoes.

The Failsafe diet is a diet the focuses on removal of these particular food groups as well as salicylates  that can help support behavior stability and reduced symptoms of aggression, irritability and outbursts. For more information on this specific diet please refer to our article on The Low-Salycilate Diet.

Deficiencies in certain nutrients might also be impacting mood and contributing to aggressive or defiant behaviors.

A Jim Adams study (2001) looked at supplementation in children on the spectrum to determine if, in fact, supplements help to address mood and behaviors. Specifically, parents were surveyed to identify how much children’s symptoms improved during treatment, and the following was identified:

John Adams concluded that “The data from this study strongly suggests that oral vitamin/mineral supplementation is beneficial in improving the nutritional and metabolic status of children with autism, and in reducing their symptoms.”

Aggressive or defiant behaviors and frequent temper tantrums in children can be stressful and challenging, and there are a number of underlying reasons why this can be occurring. Often children on the spectrum can struggle with breakdowns in certain biochemical pathways leading to the need to be on a low-phenol diet which looks at eliminating foods high in salicylates, glutamates, and amines. High sugar intake and blood sugars imbalance can be a key place to start as well as exploring potential food reactions. Getting blood work to determine if there are nutrient deficiencies might be another avenue to take.

It is important to explore the underlying cause of the behaviors, which are often multifactorial, but assessing biochemistry and nutrition status is very valuable. Seeking out a Naturopathic doctor and/or nutritionist to explore testing options and therapeutic diets is crucial in knowing what direction to take and ensuring changes are made safely and effectively. If your family would benefit from support relating to aggressive or defiant behaviours, please reach out. We’re here to help!